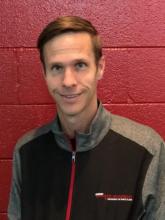 Mike Eddy played collegiate basketball and has been passionate about all things sports his entire life.  So don't be fooled by his serious business demeanor, he has a sweet jumper and can still dunk a basketball when nobody is watching. Eddy thrives when he is bringing new  ideas to life, especially when those ideas involve sports.  He received his MBA from Duke University and has been a founding partner of two technology start-ups. As President and General Manager, Eddy's vision over almost a decade has paved the way for Suwanee Sports Academy's emergence as one of the most innovative and successful multi-sport complexes in the country.

Just because something doesn't do what you planned it to do doesn't mean it's useless.